Holiness ! Getting the Definition right. 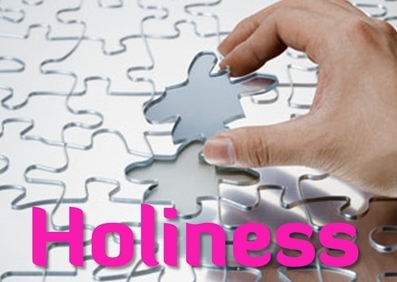 We have been looking at holiness for some time now on  Exegesis.

One thing we have not done is to really define what  ‘’holiness’’ is.  Or do we just presume to know what it is!

Does it matter what I understand as holiness?

Now you are wondering, does it really matter if you are unable to articulate in clear terms what holiness is?

Well, how can one be in a football game to score a goal with no defined goal post in view?. You can imagine the frustration of trying to score in a different goal post other than the one recognised by the referee. This is the exact scenario when you did not share the same perspective of holiness with the lord.  With the wrong goal post, your labour is useless and your claim to victory is pointless? Did you get that?

I am not referring to what we think it is or what tradition tells us it is.  My question is, how does God himself define holiness?

To make matters worse, men and religion are ready to define it for you and keep you captive. So many words in the scripture in our modern-day have lost their original or foundational meaning. This then explains why there are some personal struggles in walking with the lord and living as overcomers.

The Apostle John wrote his first epistle majorly to put true meanings to words that have lost their connotations just a few decades after the death of Jesus. Words such as ‘’walking in the light’’, ‘’abiding in him’’,  ‘’having eternal life’’, and so on were top of the list of his mission of setting meanings right.

If you randomly open a German dictionary, there are some defined words that have the letters ‘’ns’’   in parenthesis in front of them.  This is to signify that the ‘’national socialism party ( nazi) ‘’   gave new meaning to those words. Well,  Adolf Hitler established that one way to manipulate a generation was to change the root meaning of words.

Well, let us think!  Sad to say, ‘’think’’ is the ‘’word’’ some church folks don’t have in their vocabulary.  Remember the Apostle Paul told  Festus in Acts 26:25, that the words he was speaking were the words of truth and reason.

What really is holiness?   Is it to avoid sin !?  I must admit there are many verses from the old testament (when the law was given to Moses)  that indicates avoiding sin is holiness.

Well,  there are two issues with this.  We are ministers of the new covenant (2 corinthians 3:6)  and we must view these scriptures in that light.  We would blog about this in the future as you stay tuned.  The second issue is how do we then define something by simply restricting its definition to the avoidance of what messes it up? My knowledge of what messes it up still does not guarantee that I know what is.

For example, If I put a red paint on a white wall.  The white wall becomes a different colour and it is messed up.  Do we then define  ‘’whiteness’’  as the absence of a ‘’red colour’?  You bet not!

God is holy! right?. You and I know there is no sin to avoid in heaven or do you have scriptures to prove otherwise?   Also, God declared the seventh day as ‘’sanctified’’  or ‘’holy’’  before man ever fell into sin  ( Genesis 2:3). The seventh day was declared holy before there was any sin to avoid.  Please note that the root Hebrew word for ‘’sanctified’’ is also referred to as ‘’holy’’. A quick check-up on different translations for Genesis 2:3 would confirm this.

Moreso, scripture refers to holy ground, holy place, holy land, holy cup etc. How do all these things avoid sin so as to be called holy?  Can you see the limitation in defining holiness from a negative sense?

Then what is holiness? Let us go!

Let us go back to the beginning before the law was given to Moses.  Let us see what it was from the beginning when this word was used.

1 Thus the heavens and the earth were completed in all their vast array.

1 Now, at last, the heavens and earth were successfully completed, with all that they contained. 2 So on the seventh day, having finished his task, God ceased from this work he had been doing, 3 And God blessed the seventh day and declared it holy, because it was the day when he ceased this work of creation.

1 Thus the heavens and the earth were finished, and all the host of them.

3 And God blessed (spoke good of) the seventh day, set it apart as His own, and hallowed it because on it God rested from all His work which He had created and done.

Even without being a Hebrew scholar, you would notice that in verse 3  in the Amplified version the word  ‘’set apart’’ and ‘’hallowed(holy) were used in conjunction.  So, if you are reading the KJV version, you might notice that the word ‘’sanctified’’ is used in lieu of the word ‘’holy’’. It is the same root word.

Our mission is to know why did God declare the seventh day holy?  The answer is right there in verse 3.   ‘’……….God blessed the seventh day and declared it holy because it was the day when he ceased this work of creation.’’  See that word ‘’because of’’  linking the word ‘’holy’’ with  Gods completion of creation. It simply says God called the seventh day holy because it marked the day that God finished creation.  So, in simple terms, the word ‘’holy’’  signified completion. There is no need for any addition. It is perfect and finished. There is nothing missing and everything is whole.

A simple online   check up  on a  dictionary  with etymology would tell you that the word ‘’holy’’ and ‘’whole’’  actually mean the same thing even though the former has been used more in a religious sense. Check this dictionary online here  to confirm this.

Whichever way you look at it, either from Genesis 2:3 or  from English etymology( origin of words), to be holy means undivided, unbroken or indivisible.

This explains the reason why people use the word ”holistic”  in our everyday language when they are talking about looking at a complete, unbroken or overall picture of something.

Let us leave the dictionary and look at another witness from another scripture from the new testament.

It would be absurd to think that the scripture really meant that only unmarried woman are able to ‘’avoid sin’’  by saying they can be holy in spirit and body. If indeed  ‘’holiness’’  means  ‘’avoiding sin’’. Does it then mean that if I am married, I am not supposed to avoid sin? That would run contrary to all the other scriptures that say all saints are called to holiness

This scripture simply states the unmarried woman cares only for the lord and is able to be ‘’holy’’ because of this. The married woman has to cope with caring for the lord and her husband. She would need to master the art of maintaining undivided attention on the lord even though she is caring for her husband.  The word here is the ease of her maintaining  ‘’undivided and unbroken attention’’  which would be consistent with the use of the word  ‘’holiness’’ in that context.

This is simply holiness! It is wholeness, completion, perfection, unbroken, entire, full and undivided. That is one thing that sin stole from mankind. This is why sin is related to unholiness. But holiness is more than the issue of sin !.

When man fell, he suddenly developed a sense of inadequacy and lack.

Did you notice Adam hid because he felt he was naked?  That was the first time a sense of lack came upon humanity. Initially, God said everything was good that he made including man.  He was given to eat freely from the garden. He had all he needed. He was complete. That is wholeness or ‘’holiness’’.

Now we hear for the first time that what God claimed was good was not yet completed based on Adam’s commentary of nakedness. Adam was saying something was missing or lacking – ‘’ a cover’’.  This situation was what sin brought to the world and man became unholy, incomplete, fragmented or inadequate. Do you sense lack?. Do you feel spiritual, psychological or physical inadequacy?  That is unholiness or unwholeness right there!

That was exactly what Christ restored to us.

He now says to us that  ‘’ By his divine power, God has given us everything we need for living a godly life. We have received all of this by coming to know him, the one who called us to himself by means of his marvelous glory and excellence-  2 Peter 1:3 NLT ‘’  .

Did you see that he says  ‘’he gave us everything that we need’’. If you are in Christ, this is supposed to attack your unholiness.  When God says he gave us everything,  he meant it.  He says we should be conscious of having everything we need. We must have a deep sense of wholeness in our spirit, soul and body. We need to know that receiving christ is receiving all we need for life.  All that concerns you is involved in this.  Your personal life, family, work and all that your life is about should know that you are equipped in christ with everything you need. That is holiness or wholeness!

What about  Colossians 2:10?   ……So you also are complete through your union with Christ, who is the head over every ruler and authority (NLT) .

It states you are complete or holy. Nothing is missing  and nothing is broken.  Every supply to your life would come from the supply of Christ within. You are already fully equipped with all you need for life and godliness.  We need to be undividedly focused on the supply of Christ within and live by faith in that reality. This is holiness. We are complete but we need to think and live as someone who is complete in him.  This is why we are called to live holy.

Does your sense of completeness or adequacy always come from Christ? If not, you would easily fall into traps of spiritual harassment and moral blackmail by your sense of unworthiness and inadequacy. By this, you would not be different from a dog chasing its tail.

Spiritual, psychological and physical needs are constant reminders of the Adamic fallen state. They are meant to rub it in that we can never measure up or have what it takes. Our supply to all needs must come from our revelation of all that Christ died and resurrected to make available.  This is our wholeness or holiness !.